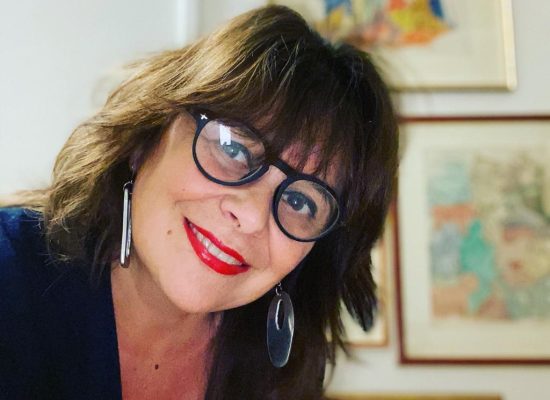 Cultural entrepreneur, publisher, author, critic, artistic director, organizational director, talent scout for over 30 years, she has been working mainly in the field of dance. She is an expert in youth politics, and for 28 years she has been dealing with the Hip Hop movement in all its forms.

She is an entrepreneur, she founded the company LaRatti s.r.l with which she carries out Events, Conventions, Festivals, Fashion Shows, Courses. In 2009 she created the General Warnings Association with which she continues her activity of production, promotion and dissemination of Dance in all its forms, accredited for her professionalism and competence at Institutions and Art Centers throughout Italy.

Publisher, with Luana Luciani, of the portal and online magazine Dance & Culture.

You collaborate, since 1995, with the monthly DanzaSì as a critic of Dance and Head of External Relations and for which you conceive the DanzaSì Competition, of which you are Artistic Director, and numerous initiatives aimed at the promotion and dissemination of Dance .

She is the author and consultant for numerous prime-time television programs on Rai, creator of formats and talent, also for the web. You have collaborated for years with Vittoria Ottolenghi and Vittoria Cappelli as Consultant, Producer, Organizer, Artistic Director.
You have produced films, documentaries and video products in the artistic and video dance fields.

You have launched and supported the spread of the Hip Hop movement in Italy. Guests of her festivals are the greatest exponents of Hip Hop culture declined in all its forms, Dance, Music, Graffiti.

Since 2021 you have collaborated with the webtv Sport2u conducting your own ‘Dance2u’ program and interviewing, up to now, Jacopo Godani, Francesco Ventriglia, Luciano Cannito, Mauro De Candia, Roberto Scafati, Renato Zanella, Mauro Astolfi, Valentina Marini, among others, Fabio Crestale.

You have coordinated, since 2004, on behalf of the DanzaSì magazine, in collaboration with Eurocamp (a leading organization in the organization of summer holidays for children), a 5-week dance camp which sees the participation of over 500 young people from all over Italy. . The styles studied are Classic, Contemporary, Jazz, Hip Hop and numerous guest teachers of international standing such as Veronica Peparini, Victor Litvinov, Luciano Cannito, Eugenio Buratti, Fabrizio Mainini, Andre De La Roche, Manuel Frattini, Mauro Astolfi, Cristina Amodio, Kris Buzzi, Kira, Swan and many others, impossible to name them all.

She is a speaker for the FID-Italian Dance Federation at the marketing refresher courses.

Manage Cookie Consent
To provide the best experiences, we use technologies like cookies to store and/or access device information. Consenting to these technologies will allow us to process data such as browsing behavior or unique IDs on this site. Not consenting or withdrawing consent, may adversely affect certain features and functions.
Gestisci opzioni Gestisci servizi Gestisci fornitori Per saperne di più su questi scopi
View preferences
{title} {title} {title}