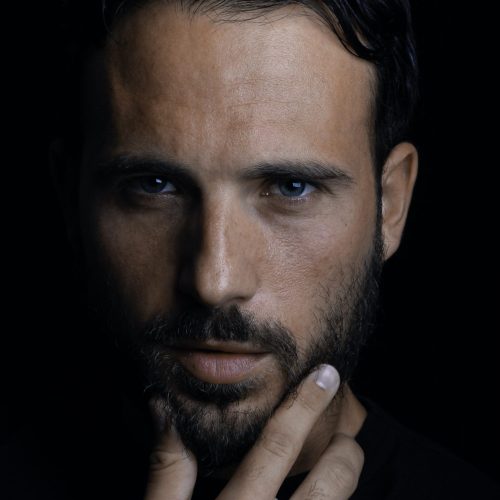 Born in Syracuse in 1987, at the age of sixteen he was admitted to the Academy’s Ballet School
of Arts and Crafts of the Teatro alla Scala where he graduated in 2007.
In the 2007/08 season he dances in the Ballet de l ’Opéra National du Rhin in Mulhouse (France), in
creations by W. Forsythe, M. Bejart, J. Godani, L. Childs.
In 2008 he won the Danza & Danza award as the best Italian talent.

From 2008 to 2013 he is a dancer at the Ballet du Grand Theater de Geneve (Switzerland) where he interprets
roles as Soloist and Principal dancer in the choreography of Sidi Larbi Cherkaoui, A. Foniadakis, E.
Gat, F. Ventriglia, S. Teshigawara, B. Millepied, J.C. Maillot.

From 2013 to 2020 she is Soloist of Aterballetto (Italy) and dances in the choreography of Jiri Kylian,
Mauro Bigonzetti, Hofesh Shechter, Ohad Naharin, Johan Inger, Jiri Pokorny, Giuseppe Spota.
He creates “Best” for the company in 2015 and “Emme” in 2016.

In 2018 his
“Survivante” choreography is part of the In / Finito dance and photography project. Create the step
to two “Abiectio” which is selected for the 33rd International Choreographic Competition
Hannover and in 2019 he choreographed the video “The triumph of grace” directed by Valeria Civardi.

In 2020 he creates “Motus Marmoris” for the White Carrara Downtown festival and collaborates with
the Ensemble Symphony Orchestra conducted by Maestro Giacomo Loprieno in the show “The
Legend of Morricone “.

In 2021 he created “Esprit List” for AlmaMiaDanceProject of Lausanne (Switzerland) and “La quinta
season ”for the Luglio Musicale Trapanese, he also realizes the choreography of the video clip“ Kiss
me Again ”by Maestro Giovanni Allevi.

Since 2013 he has been a guest lecturer at various professional structures.

Since 2020 he is artistic director of the Castle Summer Intensive.

Manage Cookie Consent
To provide the best experiences, we use technologies like cookies to store and/or access device information. Consenting to these technologies will allow us to process data such as browsing behavior or unique IDs on this site. Not consenting or withdrawing consent, may adversely affect certain features and functions.
Gestisci opzioni Gestisci servizi Gestisci fornitori Per saperne di più su questi scopi
View preferences
{title} {title} {title}